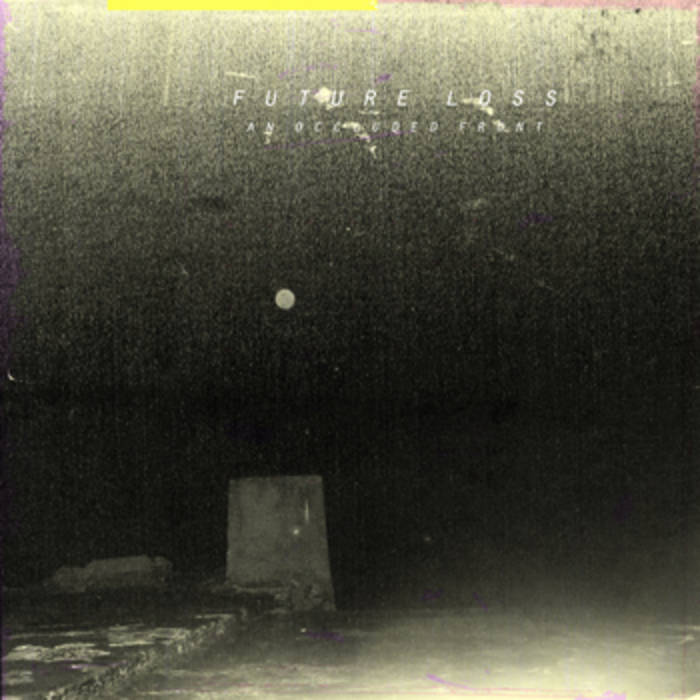 This marks Phase II of the Future Loss catharsis project.

Prior to this, the band's material had been written around studio compositions that somehow found their way to the stage. With An Occluded Front came a snapshot of new songs written expressly for live performance. It also hinted at a new direction towards drone and ambience.

Recorded using whatever lo-fi means came to hand, in a small and overheated room, this record crystallised quickly over the course of an afternoon. The takes were done live, with no overdubs, and with only limited access to Ribena throughout.

It also marked the debut on tape of our rhythm section, kindly on loan from Shin Jin Rui, which had steadfastly accompanied us throughout our live appearances earlier in the year.

Committed to unreliable digital media at Colerabbey Studios, Newcastle Upon Tyne, UK. This was done on Saturday 21st May 2010.

Except The Night In Question, which features recordings made by Brian Magee earlier in 2010, using the far more reliable medium of 8-track tape cassette. These were augmented and adorned with drums from the 21/05/10 session, and sonic confetti recorded on Tuesday 13 November 2012.

Released digitally to the express absence of fanfare on Friday 16th November 2012.

To listen to live performances from the band's shows, please check:

For more information on the session that spawned this record, please investigate this: