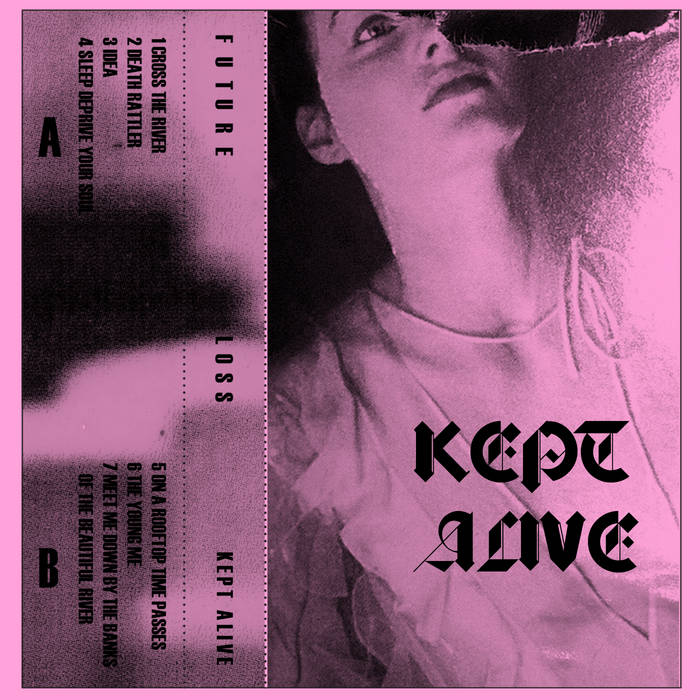 Coming off the back of the studio sessions for Pattern Magic and Summoner, Future Loss was ready for a change in approach once more.

The band had undergone considerable life changes since the last record, with Andrew and Brian leaving Newcastle for London and Belfast respectively. Brian's recording experiments with his Over Sea solo work, and collaboration with drummer Michael Farrelly on the Privileged Idiot: King For A Day recording, pointed the band in a new direction. Gone were the lush, dense arrangements using all the luxuries afforded by the studio environment, replaced by a raw and uncompromising sound captured live in the room.

At the core of this stylistic shift was the addition of Michael to drums. A long-time friend of the band, Michael was still learning his craft when the Kept Alive sessions began. He proved a natural behind the kit, and quickly brought his stripped down and pacey delivery to bear on the new material.

The band convened in a disused bank in Belfast, throughout the summer, autumn and winter of 2014. Recordings were made on the Roland R-05 stereo audio recorder, placed strategically between the amps, PA and drum kit. With the exception of Sleep Deprive Your Soul, all textures and ambiences were created live in the room.

Lyrically, the record draws upon the emotionally lean times of that period; the loss of lovers and friends, amid the dull exhaustion of a foreign city.

Kept Alive is not for the faint hearted: it is ragged and imperfect in places. But it's also heartfelt, true to a fault, and shows a band reaching for something beyond the gloss of studio recording.

Except 'Sleep Deprive Your Soul' - Produced by Brian Magee

For more information on the inception of this record, click the link below:

Released beside the flames of a quietly purring fire on Wednesday 18th May 2016.