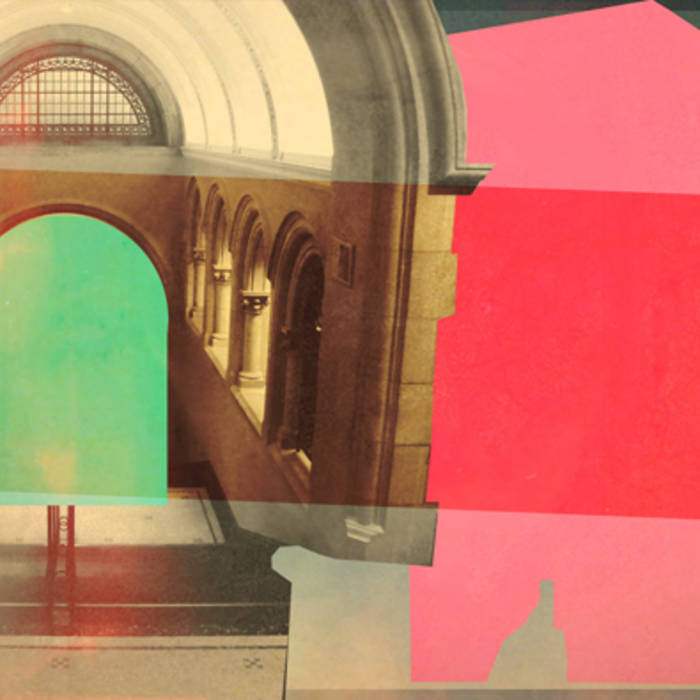 As much about playing live as recording, the Future Loss performances in public still only totalled less than a dozen shows. It was proof of the band's commitment to playing live that these happened at all; with a regularly changing rhythm section (based on availability) and the Irish Sea between us, it wasn't always easy to make things work logistically.

The first gig, from which tracks 1-4 are taken, was particularly unusual in terms of its preparation. The rhythm section rehearsed with me, without guitar, for a week prior to Brian's arrival in Newcastle, upon which he met Alex and James for the first time. What made the meeting even more unusual, was that it took place in my kitchen, which had been equipped with a virtual drum kit and relevant instruments, all plugged into a desk. After the briefest of introductions, the four of us donned headphones and began to rehearse. To anyone not wearing headphones, the whole procedure appeared to take place in silence, since everything was dialled directly into the mixing desk. A day later, the band would make its live debut at The Cumberland Arms, committed to tape by Elodie Roy.

There were other experiments with the live formula. Since the rhythm section of Alex and James was 'on loan' from various other groups that played in the Newcastle area, there were often scheduling conflicts which meant some dates had to be turned down. Keen to avoid this, and with Brian now living in Newcastle permanently, the band also performed as a duo. Utilising their loop pedals, vocal effects boxes and drum machines, Future Loss managed to play two gigs as a two piece - exploring the ambience and noise that had begun to inform their studio efforts at that time. They were joined for a couple of songs by Phil Tyler playing drums, who brought a completely different, jazz swing to proceedings. The best of these performances was 'Down In The Catacombs' - available on the band's fifth LP 'Summoner'... however this period is represented on this album by the unreleased b-side 'Burn Yr Clothes'.

The best show the band ever played before things came to a close in Newcastle was at The Tyne Bar, in June 2013. The band were under-rehearsed, and preoccupied with other matters, not least that the guitarist had just concluded a lengthy day digging up flagstones in labelmate Luke Page's front garden. As soon as soundcheck was concluded, I remember having a strong intuition that the show would go well: the venue was small, dark and the PA was very loud, ideal for a Loss show. What followed was surely some form of release, coming after months of studio recording and writing; and no doubt knowing that the tenure of the band in Newcastle was drawing to an end. What followed on stage is presented here as a the closing suite of five songs; with arguably the definitive version of Falling In ever played concluding the disc.

For a band that were about playing live as much as they were about recording; it seems a pity that more shows weren't played. However, considering the practical challenges that came with a band split between two cities - it's a miracle anything was performed live at all. Hopefully these bootlegs will shine a light on this crucial side of the group.

Recorded at The Cumberland Arms, Newcastle-upon-Tyne

A complete bootleg of this show is available here:

Recorded at The Cumberland Arms, Newcastle-upon-Tyne

Recorded at Heart Attack & Vine (when it was situated opposite The Cluny), Newcastle-upon-Tyne

Recorded at The Tyne Bar, Newcastle-upon-Tyne

Tracks 1 - 4 which were kindly bootlegged by Elodie Roy ≈ www.popmatters.com/archive/contributor/1049/

Track 6 where the bass was played by Brian

Track 7 where the bass was played by Andrew

Track 6 & 7 where the drums were played by Phil Tyler ≈ cathandphiltyler.bandcamp.com

Released via the forgetful and flakey medium of digital storage on a damp Friday 6th November 2015.