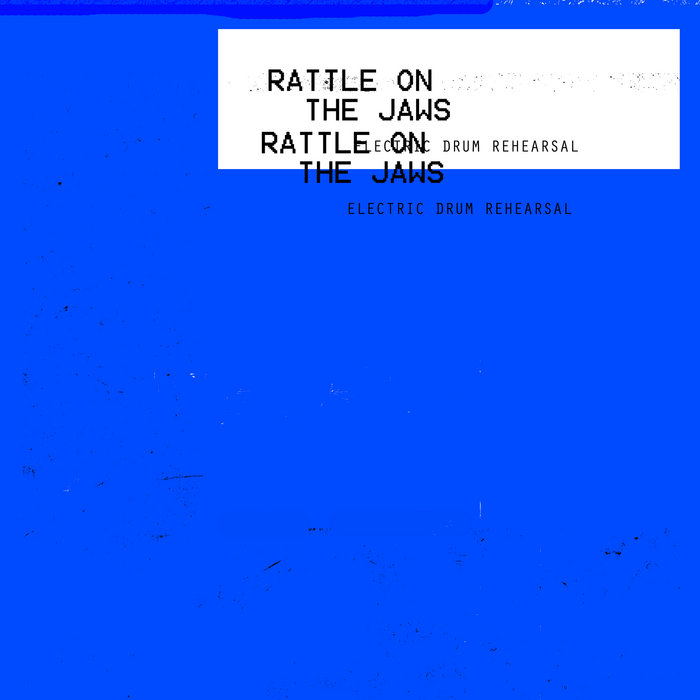 When Brian and I decided to play the first Future Loss show, we needed to find a rhythm section to help us. Although Stuart Stone had given us his ample talents in the studio recordings, he wasn't able to commit to live dates due to brutal work commitments. We therefore enlisted the help of Alex Hall and James Emsell from Ex Libris Records stablemates Shin Jin Rui.

Since Brian was living in Belfast at the time, we couldn't rehearse as a full band. Instead, Alex and James listened to the studio recordings in order to learn their parts. Then the three of us met to play - while mentally imaging the guitar lines - in the Room 12 rehearsal space. It took a certain mental leap to pull it off, but by the time Brian arrived in Newcastle for the show, we were fairly confident that we could hold our side of the bargain up.

It wasn't possible to get a rehearsal space the night before the show, so - having collected Brian from the airport only a half hour or so before he met his rhythm section for the very first time - the four of us crammed into my kitchen at 12 Whitby to play our only full-band rehearsal before the show.

This was done by using Andy's electronic kit, which was plugged into a mixing desk, along with DI'd guitar, bass and vocals. We all donned headphones and - voila - we could hear one another (although no one else observing could hear a thing - except for my voice and the taps of Alex's sticks on the drum pads).

Since this was all going through my computer, I took the liberty of recording the feed: vocals, guitar, bass and the stereo output of the electric drum kit using the onboard samples it came preloaded with.

In 2017, when looking through the Loss archives, I stumbled upon these recordings and - with a few nips and tucks - was able to present a very rare moment in the band's early history: where the four of us played together for the first time, on the eve of our first show, in a kitchen. It was surreal and, as the recordings show, fuelled with adrenaline.

This album stands as a companion piece to Rattle On The Jaws, and the live versions of the songs from that album that are included on King Yeah Man, as testament to musicians who wouldn't let practicalities stand in the way of making music together, and being able to play post-punk next to a fridge and a wine rack!

Written and performed by Future Loss

For more information on the gig that followed this session, please check out my blog here: